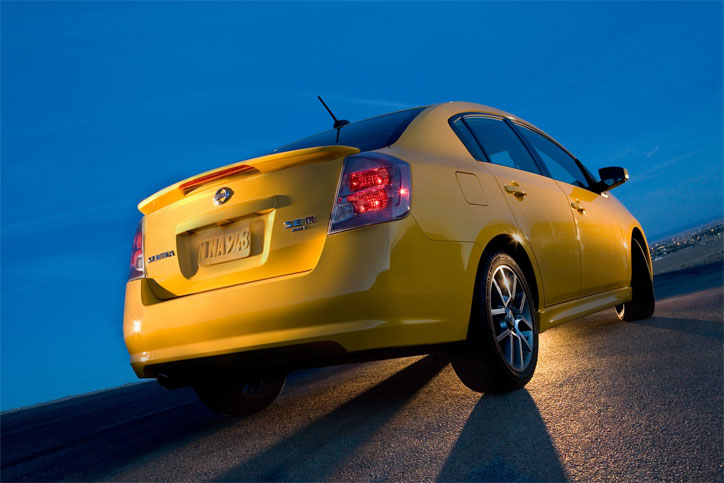 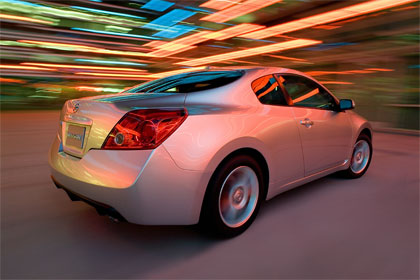 While the garden variety Nissan Sentra may be a direct competitor with the Toyota Corolla and Honda Civic sedan, the SE-R is quite the different beast altogether. Set to go on sale in March 2007, the performance-oriented sport compact sedan will be powered by an “advanced 2.5-liter DOHC 4-cylinder engine designed specifically for the SE-R.” The base SE-R is good for 177hp and 172 lbs-ft of torque, whereas the tuned SE-R Spec V bumps that up to 200hp and 180 lbs-ft of torque.. The latter comes with a 6-speed manual gearbox, whereas the former is fitted with a continuously variable transmission.

Also announced was the all new Altima Coupe, the first time the otherwise family-oriented vehicle has taken on a two-door form. As a result, it has a shorter wheelbased, shorter length, and lower height than its sedan counterpart. Choose from 2.5L inline-4 or a 3.5L V6. Look for the Altima Coupe to start selling next summer.