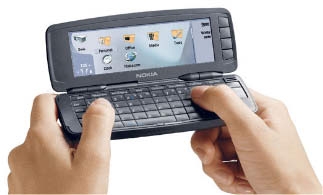 They might not make you smarter, but they’re gaining wider use all the time. We’re talking about smartphones, of course, the Web-enabled mobile phones that let you take all of your work with you whether you want to or not. Palm, Blackberry, Motorola, Nokia—those are just a few of the smartphone players these days. The sheer number of smartphones isn’t enough to outweigh the number of notebook computers on earth, but it is a growing number of the overall mobile phone market.

A recent study showed that more than 42 million smartphones and PDAs were shipped in just the first half of this year. That’s an increase of 60 percent over 2005, according Gartner, an international research company. The smartphones have gradually become easier to use, more functional, smaller, and less expensive. That fourfold combination is a recipe for success with just about anything, and smartphones are no exception.

The other and perhaps more notable reason for the increase in use of smartphones is the demand for the functionality that those mobile offices provide. If a businessperson knows that he or she can leave the office and still keep up with email, Internet, and stock quotes and sports scores, then he or she is more likely to embrace travel or occasional forays to cafes and Wi-Fi hotspots, knowing full well that he or she can view even spreadsheets and word processing documents without having to lug around a notebook computer. No matter how thin and small notebooks are these days, they’re still larger than the largest smartphone.

One other small factor that should be considered here: People who are interested in smartphones have more money to spend these days than they did a few years ago. A better economy is also a factor in the increase in sales of souped-up phones.

All of this aside, a smartphone is still a phone. This fact isn’t lost on people who love to yak, especially in public without much consideration for who else really wants to hear their conversations. We’re sorry for that inconvenience.