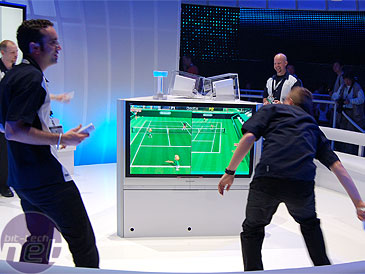 The Wii lets you flail your arms and mimic things like kicking and jumping off cliffs, or swinging a tennis racket. Well, that very functionality has the Wall Street Journal worried. The venerable newspaper has done a serious story on the physical dangers of using the Wii.

The article reads that the number of joint injuries and wrist sprains and other commonly hurt areas of the body would only increase as the game proliferated. But why should we have to worry about that? It’s a game, and we’re supposed to have fun, not worry about how many times we can virtually swing a golf club before we need to see a chiropractor.

As one fitness expert has already wryly put it, those injuries are repetitive stress ones and they might as well have been caused by the real thing. In other words, get off your butts and do those sports for real.