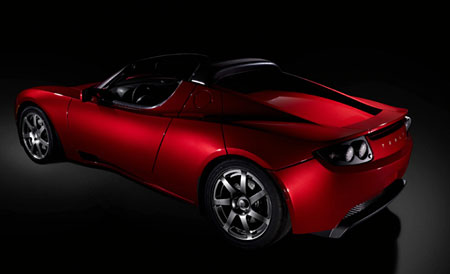 The Lotus-built Tesla Roadster has certainly made some headlines these past few months. Where else can you find an all-electric vehicle capable to doing zero to 60 in less than four seconds? Well, the crew at Tesla not only want to provide you with a fun weekend sports car, they want to sell you on a more practical all-electric sedan as well.

A budget-minded Toyota Yaris this certainly is not. Instead, the Silicon Valley-based automaker has its sights set on tackling the upscale BMW 5-series. The four door vehicle will obviously not be based on the Elise platform (as the Roadster is). They will instead by using a “lightweight steel construction.”

Although it won’t be quite as peppy as its two-door cousin, the sedan will still get a solid 250 horsepower and a 200 mile range. An even more powerful Roadster is also being planned.