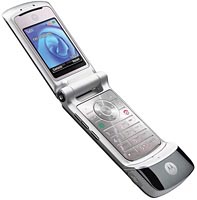 I guess Rogers wants to de-bunk the myth that you need to turn to Asian and European importers to get the hottest new cell phones. They’ve already picked up the Sony Ericsson K790a and the delectable LG Chocolate Phone, but that’s not nearly enough for this holiday season. Rogers Wireless of Canada is ushering in a whole new era of super skinny Motos with the addition of the KRZR K1 to their lineup.

The product page appears to be a little bunk at this time, but we can tell you that this super slim clamshell will rock a two-megapixel camera (with 8x digital zoom), stereo Bluetooth, laser-etched keypad, 20MB of internal memory, and microSD expansion. But that’s not why you want it… you want it because it’s dead sexy.

Price without contract is $350.