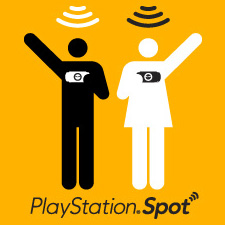 The Nintendo DS may be just for kids if a Sony exec is to be believed, but one of the greatest features about the dual-screened wonder is that it can wirelessly download demos and multiplayer games. The DS Download Station is one of the greatest innovations in quite some time, and now Sony is bringing their version — the PlayStation Spot — to North America.

These kiosks are already out and about in Europe and Japan, but this is the first time we’ll see the stations state-side. Destined for Circuit City, GameStop, Target, Toys “R” Us, and possibly EB Games locations, the PSP Spot (not a fan of the shortened version PSPot, because it just reads as P-spot) will stream “game demos, movie trailers, music clips, mini-strategy guides, wallpapers and more.”

Note: The preceding sentence was that of a Nintendo fanboy and does not necessarily represent the opinions of Mobile Magazine