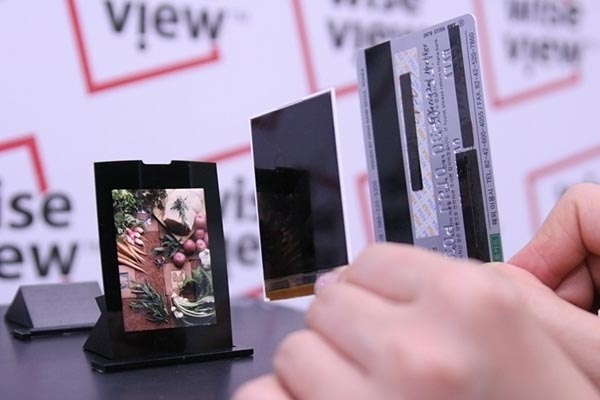 Oh here we go again. Samsung is back to their anorexic ways. Instead of going after their usual “world’s first” crowns, today marks another “world’s thinnest” for the Korean giant: Samsung has unveiled an LCD panel measuring 0.82mm thick. That’s less than a millimeter folks. E-paper, you are next.

This latest innovation shaves 0.07mm off the previous record (presumably also held by Samsung), but you’ve got to wonder if it’s just diminishing returns at this point. Still, it’s nice to claim that you have a mobile LCD that is “no thicker than a credit card.”

If you’re interested in the tech specs, they run as thus: 300nit brightness, QVGA resolution, and 500:1 contrast ratio. To be available in 2.1- and 2.2-inch variants, these new skinnier than skinny screens are scheduled for shipping during the first half of next year.