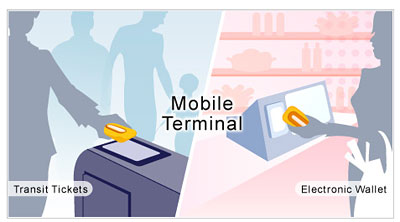 NXP Semiconductors and Sony are getting together on a joint venture to develop short-range wireless chips for PCs and portable electronic devices.

The agreement between the Japanese electronics giant and the former Philips unit will be in mid-2007, work on a near-field communications (NFC) chip that will play nice with certain kinds of NFC-compatible phones, such as Sony’s FeliCa and NXP’s Mifare systems. One prime benefit of this is for people to be able to use their mobile phones to pay for things wirelessly. The London Underground now accepts such kinds of payments, as do other outlets in Europe, primarily in Germany. The creation of a Sony-NXP NFC chip would bring this kind of technology to a wider audience.