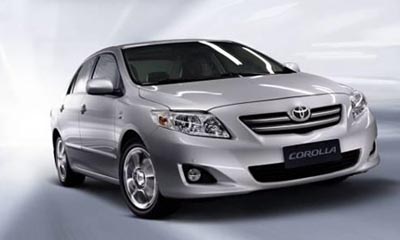 Toyota is invading the Chinese market with an all-new vehicle. Sort of. What they’ve done is taken the new Camry, brought its dimensions down a notch or two, and dubbed it the Corolla. It will have the same 1.8L four-banging engine that we get here in North America, but instead of a five-speed transmission, the Chinese get a six-speeder.

The styling cues are very similar to the current Camry, which begs the question: Is this what our next-gen Corolla will look like? Could be, but don’t expect anyone at ToMoCo to say so.

Perhaps most interesting, in China, this car will now be sold as the Ka Luo La (a transliteration) and no longer as the Hua Guan (a literal translation). I can’t make this stuff up.