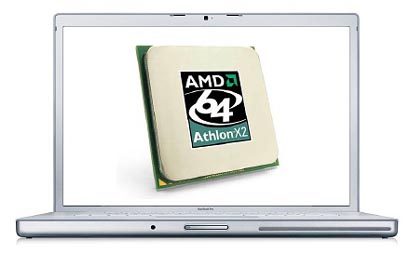 AMD has already fully invaded Dell, providing them with a host of processors for desktops and laptops alike. The chipmaker merged with ATi some time back, making a clear indication to the world that they were ready to tango with the big boys. The next frontier for AMD, it seems, the is the lucrative Apple MacBook and MacBook Pro.

Taiwan-based passive component makers are saying that Apple laptops may be powered by AMD in the next generation (whether that’s rather than or in addition to Intel has yet to be seen). Certainly, you must take this sort of news/rumor with a grain of salt, but remember that AMD already has a foot in Apple’s door by supplying ATi graphics to the PowerMac.