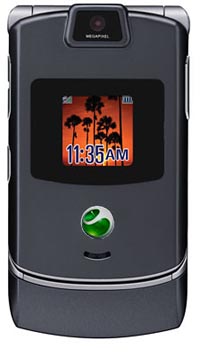 Not content with having thousands of people lineup several days in advance for the PlayStation 3, Sony (with Ericsson) wants you to go a little nutty over this new cell phone project: a RAZR-like clamshell with Walkman functionality.

Naturally, this “ultra-slim, high-end” clamshell will boast plenty of multimedia functionalty, in addition to a decent camera and maybe even external music controls. According to Yahoo! Reuters, this new 9.4mm-thick handset is being bandied around as the “Ai”, named after the popular Japanese tennis player of the same time (Ai Sugiyama). Current rumors have the launch slated in March, but Sony Ericsson reps refuse to comment.