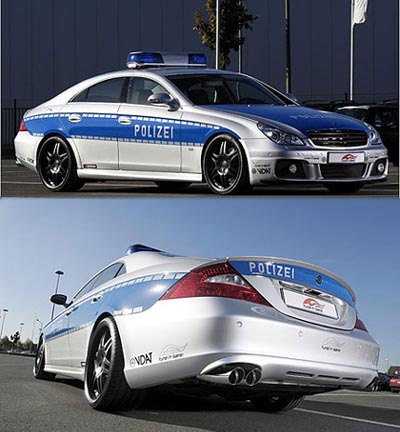 If you’re tearing it up on the Autobahn, recklessly endangering the other motorists around you, the last thing you want to see in your rearview mirror is this beast. The Brabus CLS Rocket has got to be one of the fastest cop cars out there, thanks to its highly tuned 730 twin-turbocharged V12 engine. You likely won’t be able to outrun this monster of a car, as it will very quickly catch up to you with its 225.19mph top speed.

It may not be the fastest police car — that title may belong to the Porsche 911 Carrera S — but this Brabus tuned CLS certainly goes like stink. Too bad it doesn’t have those ram-guard things on the front.