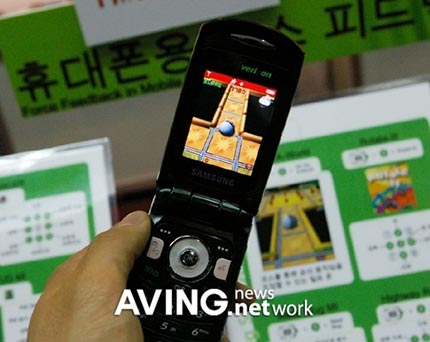 Vibration feedback in video games is nothing new. The Nintendo 64 (with Star Fox 64) was one of the first to implement a “rumble pack”, but now we see the feature integrated into PlayStation dual shock controllers, for example. However, not many people have ever considered taking the feature to the mobile phone. That is, until now.

Immersion has developed what they call “next-generation TouchSense vibration technology for video games”, not only considering implementation with consoles like the Xbox 360, but also with cell phones. Most, if not all mobile phones these days have vibe alert, so why not integrate it into some of the most popular mobile games, like pinball. Among the companies that have already signed on with Immersion are the three Korean giants: Samsung, LG, and Pantech.