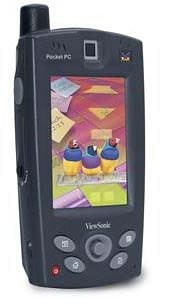 The first thing that comes to mind when I hear the name “Viewsonic” is a reasonably-priced though perfectly capable LCD monitor (I think my local Costco has a deal on a 37-inch TV right now, if I’m not mistaken), but did you know that Viewsonic is also in the handheld computer game? Well, they’ve just announced a trio of new Pocket PCs — dubbed the V38r-06, V38r-07, and V38r-07a — all of which are built tough, able to withstand the roughness of life.

All this ruggedness doesn’t come cheap though. With prices starting at $1,599, you would atleast hope for something beautiful.