Some of us can’t live without all the latest goodies. Our cell phones not only have to be portable keep-in-touch machines, but they also have to take multi-megapixel pictures, jam out our favorite tunes, and do our laundry at least once a week. For people that just want something reasonably stylish, something that will work just fine as a phone, Verizon apparently has two new clamshells coming your way: the Pantech PN-300 and the Kyocera K323.

The former doesn’t really have anything going for it other than its utter simplicity. Don’t try to look for the camera, because there isn’t one. The external display is a monochrome one, but thankfully the internal is color. It should be launching very soon. The Kyocera K323, on the other hand, is a touch later in the schedule, but it brings a little more to the picture, including a VGA camera, Bluetooth, and internal antenna (the last of which is apparently its biggest selling point). No word on pricing, but they’re going to be hella cheap, I’m sure. 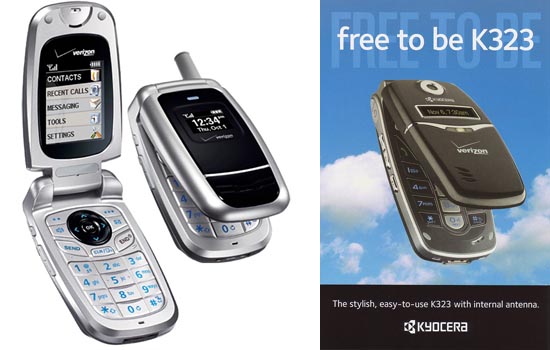