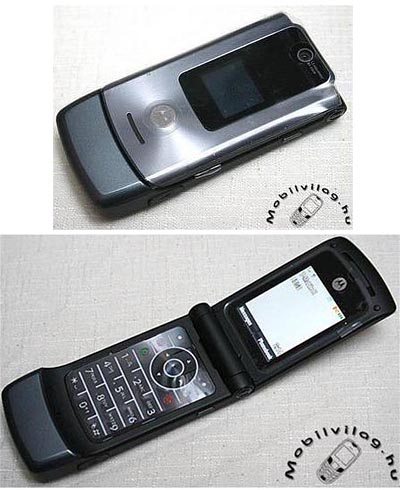 Motorola is not giving up on the RAZR form factor. Not by a long shot. Apparently they’ve got another flip phone in the works that has a super metallic-looking body. The W510, as it has come to be known fits somewhere between the RAZR line we all know and love, and the W220 basic clamshell we saw some months back.

The “live” pictures emerged on a Hungarian website, but shortly after, they got an ominous message from the mighty M. As a result, the shots were removed on “request from vendor.” Why so secretive, Motorola? Don’t want to take away from the thunder of the RIZR, MOTORAZR MAXX, and KRZR? Too bad there aren’t any specs to accompany these fuzzy snapshots.

Note: Some sites are reporting this as the W550, but if you check out the original Hungarian link, they describe it as the W510. Go figure.