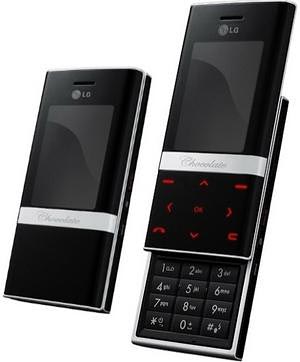 Okay, let’s see here. Verizon has their version of the Chocolate. Telus has theirs, and so does Rogers Wireless. What North America needs more than ever is even more chocolate, right? Well, that’s what LG and the FCC seem to think, because the lovely KE800 (Chocolate Platinum) has just received the all important stamp of approval.

Perhaps the most notable difference between this phone and the KG800 that importers seem to enjoy providing us is that the KE800 has that silver band down the middle that reads “Chocolate” in some classy script-like font. The slick sliding phone boasts the same touch-sensitive music keys on the front, but they’ve doubled the internal memory, bumping it to 256MB. More importantly, there is now a microSD expansion slot. Rounding out the features are GPRS/EDGE for data, MP3/AAC/WAV for music, a 2 megapixel camera with autofocus and macro mode, and finally an FM radio to boot. Stay tuned for pricing and release date information.