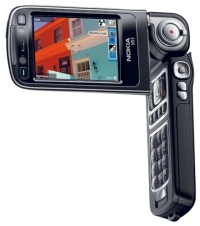 It’s Thursday, and Thursday is the day that I ponder my relationship with the mega-firms that make billions producing the gadgets that I love to hate, or hate to love, or something like that. I feel as conflicted as a vegetarian at an all-you-can-eat chicken and ribs joint when it comes to gadgets and technology. In my continuing search for catharsis, this week I will explore my personal relationship with Nokia, the Finnish giant which makes about a third of all mobile phones in the world.

The real deal on the mobile super giant

The names of their products – I’m not a fan of obnoxiously cutesy names for products, but I do like it when a company has clearly put some thought into what something is called. Nokia just gives their products a name that sounds like a serial number. It’s as if each phone has to do time in some Finnish prison before they hit the market, and the name is a tattoo so that the ex-convicts can be tracked. Come on, mix it up a bit, so us some of that Finnish creativity once in a while.

Design – I don’t need everything to be over-designed, but Nokia often seems to use the brick-inspired design school for their products. I guess this shouldn’t come as a huge surprise – big and boxy is what we get from Scandinavian cars, so why should their phones be any different. There are obvious exceptions, of course, but for the most part other makers are way ahead when it comes to sleek, cool looking phones.

Series 60 – I applaud Nokia’s use of this OS, if only so that Microsoft doesn’t completely take over the world, but wow can it ever be slow sometimes. I don’t get a lot of pleasure from waiting forever for an application to work. I get that enough at home with my Windows PC. It’s also a bit annoying how often the OS can get caught up and has to restart itself. When it comes to that, once is one time too many.

Battery life – It’s a real challenge for designers, I’m sure – how do you get everything you want packed into a phone and still have room for a battery, too. I just wish that Nokia hadn’t cut back on their battery size so much. It seems too much that you should have to charge a phone every day unless you are using it heavily, and I hear reports of people with smart phones being frustrated because the battery doesn’t get them through a single day. Where are those fuel cells when we need them? 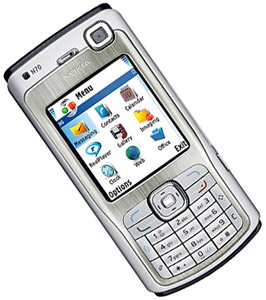 The N70 keyboard – I am by no means a mutant, but I am taller and bigger than the average guy. The keyboard on the N70 was clearly not designed with me in mind. It’s tiny, the joystick is poorly placed, and the keys are so close together that I can’t help but hit more than one at a time most times with my big, clumsy fingers.

Despite the negativity of those complaints, though, there are a lot of things to like about Nokia. Perhaps more than any of the other companies I have explored so far (Apple, Microsoft and Sony), Nokia is pretty hard to really hate. They are a little bit dull and nice and inoffensive for the most part – like vanilla ice cream. Here are some of the reasons that I quite like them:

Variety – The company seems to release about six new phones a week. If there isn’t something out there that works for you you just have to wait a few minutes and something will come out that does the trick. Especially when it comes to lower end phones, you could use a new phone every day for a year and still not use all of what the behemoth has to offer. Variety is the spice of life and all.

Quality – You’ll hear isolated stories here or there, like you will with every product, but it’s hard to find a lot of people that have had a Nokia phone that has been pure garbage. They are generally well thought out, well built, and fairly durable. I’ve done things to my Nokia phones that you really shouldn’t do to a phone and they seem to have survived the ordeal well.

The Nokia N93 – This phone is as close to perfection as phones have come in a lot of ways. The quality of the photos is incredible thanks to the 3.2 megapixel camera and the fancy optics. It’s like a really good camera that you can talk to. The Visual Radio is an amazing feature, and the internet capabilities are like having an internet café in your pocket. Despite the phones slightly bulky size (see ‘Brick, designed like a’), it is well made, and the swiveling screen makes it easy and versatile. It is a pleasure to use this device.

The Nokia N95 – I may have to go on a holiday to get one, but I’m looking forward to this phone as much as I have looked forward to anything in a while. If this phone actually does everything Nokia claims it will then the only thing you will have to do for yourself is swallow the meals it makes you. This thing will have incredible features packed into what looks like a well-designed unit, with a screen that makes me giddy.

They are benevolent giants – A company this big and this dominant could do pretty much whatever they wanted and probably get away with it, but they don’t. They seem like a reasonably nice, reasonably likeable company which is concerned about putting out decent products which meet the needs of their customers. Heck, they have embraced open source when they certainly didn’t have to. And how cute is that logo of two hands about to meet.