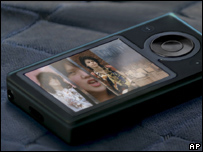 Microsoft is moving forward with Zune, even if non-Zune users aren’t ready for it.

The software giant says it will stop selling music from its online portal MSN Music. The primary reason is that tunes from the portal are not compatible with the new DAP, which is to have its own portal. But MSN Music has a large following, including a number of players that have been manufactured to work with the portal. So what is the incentive for MSN Music fans to go with a Zune? Not much apparently.

For its part, Microsoft simply wants to sell Zunes. The Zune-only strategy should be very familiar to iPod users, who often have trouble using their Apple music players to listen to non-iTunes songs and vice versa.

As a last-ditch effort, you can try using Windows Media Player to launch non-Zune tunes. Microsoft won’t support these efforts, however.