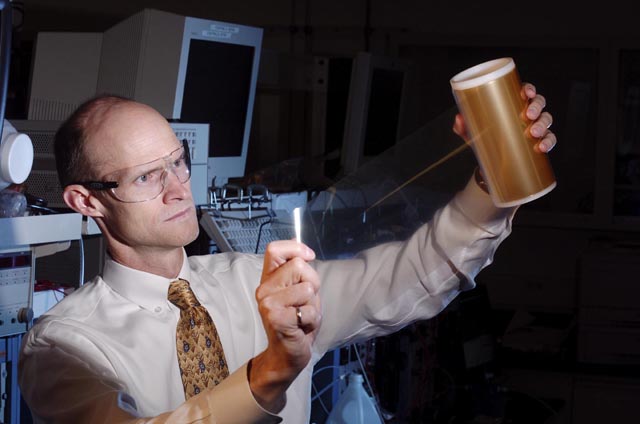 If industry insiders are to be trusted, fuel cells are the way of the future. Polyfuel hopes to lead the way, having just announced today a new fuel cell membrane that is not only ultra-thin but also provides “over 40% more power than any fuel cell membrane previously available.” More power is always a good thing, right?

The new hydrocarbon membrane is just 20-microns thick and will be an integral part of “power applications such as notebook computers and cell phones.” You’ll be able to cram more juice in a smaller, lighter, and cheaper package.

The membranes are said to be the “heart of the fuel cell”, providing 200 milliwatts of peak power per square centimeter, compared to the 140 milliwatts previously achieved by Polyfuel with their 45 micron thick solution.

Samsung is loving it, but they want more. One engineer is quoted as saying “A fuel cell can never deliver too much power, or be too efficient.”