Another week has passed us by. We may all be a week older, but we also live in a world with a week’s more cool technology unleashed in it. Of everything we have seen this week these are the five items that we think are the Top Tech of the week:

Jay Leno’s wheels – Mr. Leno, massive chin and all, has a car collection that would be the envy of pretty much anyone else in the world. It helps that he is powerful enough that people answer the phones when he calls. When he called GM, the result was a collaboration which created the EcoJet, a supercar with 650 horses under the hood, powered entirely by a biodiesel turbine. I’m not sure the car looks beautiful, but it sure does look fast. The car will be displayed at SEMA. 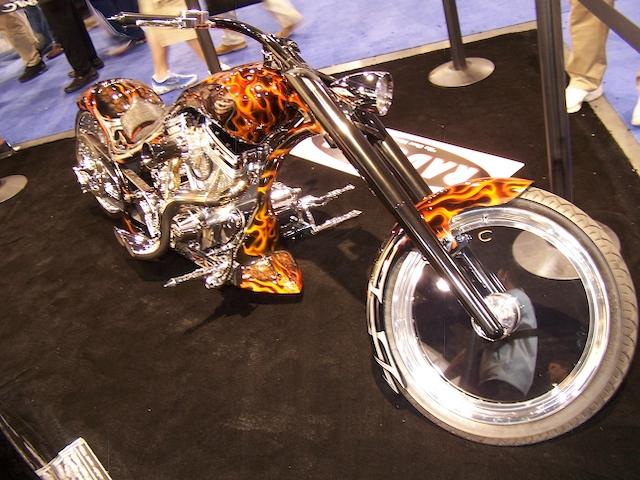 Clear wheels – For people who are into such things, nothing says more about a person than the wheels they have on their ride. Some new wheels being shown off at SEMA give people another option to prove they’re cool. The wheels are completely clear. They are made of some sort of durable plastic, so it won’t look like you have rims on at all. It will look like your tires are just floating in place. You’ll want to make sure that you have nice brakes if you have these, though, because everyone will be able to see exactly what is stopping you.

LG KH1000 – This phone may cost about $850, but the coolness you get with it is worth far more than that. It’s an HSDPA-enabled slider phone with a funky trick. You can slide the keypad out the bottom of the phone as you would expect to be able to, but you can also slide it out the side. When you do that you have a two row keypad and a landscape display. It’s like two phones in one, depending on the purpose you have in mind and your mood.

Logitech Alto – If you are afraid to put your laptop on your lap because of the explosions and all, the Logitech Alto may be just the thing for you. It’s a stand for your notebook to click into. It includes a full sized keyboard which you may prefer to your smaller laptop keyboard, you can adjust the positioning of the computer for easy viewing, and you can even use your cordless laser mouse easily. It’s a good way to make your laptop perform like something other than a laptop.

Honda Element-D – If you saw the latest The Fast and the Furious movie, and you are anything like me, then you probably want to give drifting a try. The problem is that most drifting cars are small, not making them practical for people who have to balance their car games with their family commitments. That’s why Honda has taken their incredibly-ugly-but-perfect-for-big-crowds Honda Element and created a drifting version. The 3.2 L V6 kicks out 500 horsepower of sideways-sliding fury.