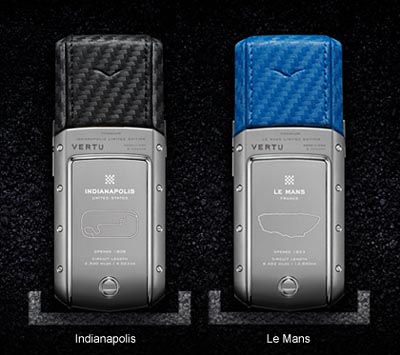 Let the overpriced handsets continue. Vertu has never been marketed as a brand that offers exceptional functionality or cutting edge technology. Their phones are expensive because they want them to be. The Nokia subsidiary has just announced two new additions to their RaceTrack Legends series, featuring the circuits from Indianapolis and Le Mans. They’re limiting production to just 1000 each, just like the Monza and Silverstone units before them. We’re expecting two more renditions before the set is complete.