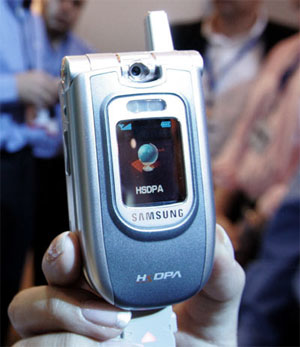 Rogers Wireless has begun their deployment of a High Speed Downlink Packet Access (HSDPA) wireless network in Canada. First up is Toronto, more cities to follow next year. T dot is the first testbed for the Rogers 3.5G wireless technology boasting speeds of up to 3 .6MB/s down.

Rogers customers will have access to quick data access on their HSDPA enabled mobile phones, or their notebook computer with the Sierra Wireless AirCard 860.

Telus Mobility has offered a 2.4 Mbps high-speed wireless network for some time now, the service covers over 90% of the Canadian population.

You can pickup the AirCard 860 from Rogers on November 24 for $349.99 with a one or two year term. Data rates start at $15 a month and $21 per MB with 1.5/MB included, to $100 a month with 200MB included and $5/MB over. They also have a promotion on right now where you get unlimited data with any plan over $60/month for 3 months. Expensive, but how else do you expect to watch YouTube videos wirelessly.