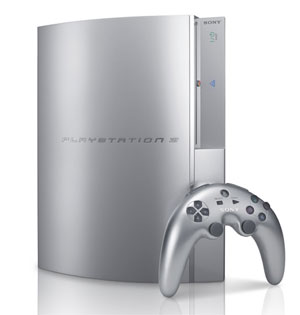 Two weeks ago, it was Apple that I hated while loving. Last week, Microsoft was the target of my hateful love. This love/hate relationship, which is really the defining aspect of my entire relationship with gadgets, extends to at least one more company – Sony. As much, or perhaps more, than any other company, this Japanese giant gives you reasons to believe that there has never been a better company one day, then comes back the very next day and makes you wish that they had never existed. I’ll start out positive. Here’s why I love Sony:

The Walkman – My first Sony Sports Walkman was the first real gadget I ever got, and I think it is still my favorite. The yellow color was perfect, the way that it clicked when you locked it up was like a siren call from heaven, and everything else was just right, too. I have never owned anything else that was able to change how I lived my life so completely, and no gadget has ever made me feel so cool as I did with that thing in my hand.

Walkman phone – It’s not the same thing as the Walkman, but the Walkman phone is still pretty cool. Sony Ericsson knows that they hit on a good thing, and they are riding it as far as they possibly can. The success of phones has definitely pushed the growth of music phones and forced other makers to get better. There is nothing wrong with that.

PSP – The PSP isn’t perfect, and I’m not even sure that it’s the best option out there, but I love Sony’s ambition with the PSP. They don’t just want it to be a portable video game player. They want it to do everything that you could ever dream of. Music, movies, navigation – everything that a screen, some buttons and some memory could possibly be used for. The vision that they are showing, and that they will almost certainly surpass on their next version, keeps pushing the envelope.

PS2 – This workhorse is about six years old, but it is still a thing of perfection. Many of them work just as well as they did the day they were bought, they can still play games that can blow your mind, and they still create the best all-round gaming experience out there. They have taken forever to replace it, but I don’t care, because the old standby is still better than anyone else’s new offerings.

Different designs – While everyone else is trying to make an iPod-by-a-different-name, Sony has largely stayed out of that fray. Instead, they are sticking to their guns and creating new mp3 players that are functional for a different purpose. Not everyone needs a full color screen and a million features all the time. Sometimes they just want to listen to music on a high quality player that is easy to use. Sony lets them do that.

For each one of those reasons that Sony makes me happy to be alive, though, there are just as many reasons that they darken my days. Here are a few:

Exploding sucks – It’s an easy target, and probably too easy, but laptop batteries really shouldn’t explode. I am more than willing to forgive a company for a mistake once in a while, so if they had had a problem with one or even a dozen batteries then I would be their biggest defender. When they have problems with millions of batteries made for most major computer makers, though, they need to be called on it. This kind of incompetence is so remarkable it should be impossible.

PS3 – I don’t know how a company can have a product as good as the PS2 and mess the follow-up as badly as they have. They have delayed it, delayed it again, disappointed at demonstrations, delayed it again, had more problems, and then decided that they showed charge more than a small car for it when it does come out. What a great way to build on their momentum. If you have time to kill, take a look at this horrible PS3 commercial, if not be glad you didn’t watch it.

They butcher our faith – Few companies have had as much good faith as Sony, yet they seem to have no regard for those that blindly love them. They seem to routinely stomp on their loyalist fans with their actions, or inactions. Whether it’s the whole battery debacle, the PS3 problems, or the ridiculous rootkit mess that made us all feel like we had been violated, the company routine manages to mess up the trust that is placed in them.

Can’t play with others – There is a rebel streak in the company that means that they refuse to cooperate with others. They always have to come up with their own way of doing things, and it always just creates a headache. The examples are many – UMD, Blu-ray, Memory Sticks, all the way back to Betamax. They always insist that they can do things better than any other company, and it causes consumers to make painful choices or expensive gambles.

Expensive – I know that you get what you pay for, and that quality comes at a price, and all the other trite clichés you want to throw out there, but it would be nice, just once, to be able to buy a Sony device soon after it comes out without having to mortgage my house and my entire future to do it.