I’m not really sure what to say about these new cell phones. Dubbed the INFOBAR2, these handsets look a little too much like something printed on photo paper rather than actual functional mobile phones.

Oh that’s right, they’re “prototypes” being touted around the KDDI Design Studio in Japan. With large legible (and multicolor) keys and a big (presumably color) display, these phones aren’t exactly the smallest things on the shelf, but that does seem to be more the norm in the land of the rising sun anyways, at least when it comes to mobile handsets. They say that it “looks to be as comfortable to hold in the hand as a piece of fruit.” 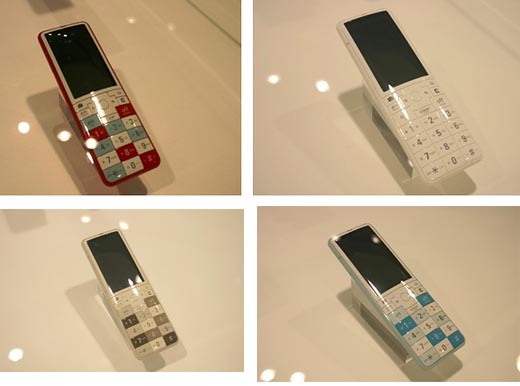