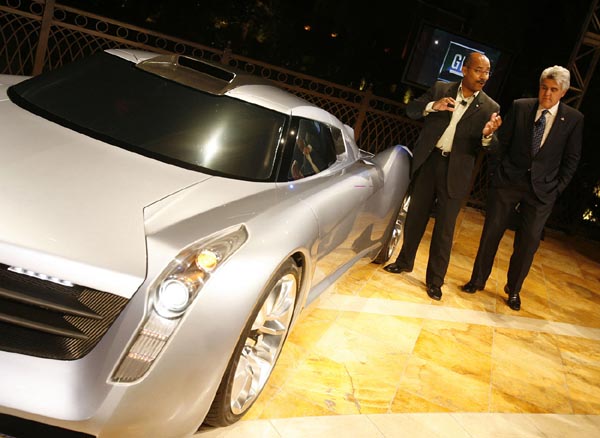 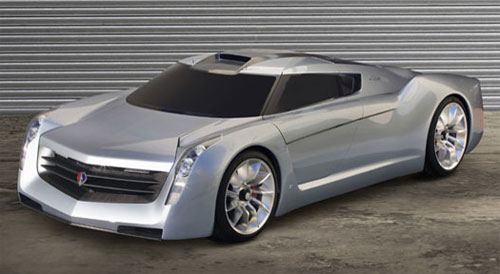 The one thing that Jay Leno is perhaps best known for — with the exception of his exceptionally large chin — is his car collection. He’s a real gear head, loving nothing more than to collect all kinds of vehicles. Leno is also into the latest automotive technologies, it seems, teaming up with General Motors to create the EcoJet, a 650hp supercar that is biodiesel turbine-powered.

Being showcased at SEMA in Las Vegas, the EcoJet receives its styling cues from a number of sources: the front end is very Cadillac-esque, its bold lines are reminiscent of a fighter jet, and the engine “sits in a modified Corvette Z06 hydroformed aluminum frame with aluminum and magnesium structural and chassis components.”

The focus of the car, however, is clearly in the engine, which is a Honeywell LT-101 turbine powerplant that gets its juice from bio-diesel. Leno may scoff at cars that are powered by corn, but now he has one: “I drive it, wait for the harvest, get some corn and drive it some more.”