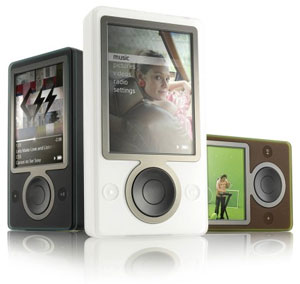 Last week, in a moment where I clearly needed a cathartic release, I vented about the reasons that I both love and hate Apple. They’re not the only tech company with which I have a love/hate relationship. In fact, I really have a love/hate relationship with gadgets in general. Some days I wouldn’t want to live without them, and on other days there isn’t a mountain high enough for me to live on top of in a cabin, completely removed from anything that is powered by anything other than fresh air. The other obvious target of my love and hatred is Microsoft. The reasons I hate them are probably more obvious, so I will share the motivation for my love first (entirely from a gadget perspective):

1) Bottomless pockets – It’s not for every company, nor would I want it to be, but it is a good way for a company to enter a market occasionally – release a product and spend and spend and spend until the product improves and people accept it. It worked for the Xbox. Other companies would have gone broke doing what Gates’ army did, but the Xbox survived and thrived.

2) Know where not to go – For all their wealth and power, the company shows remarkable restraint when it comes to avoiding some markets that they don’t need to be in. They don’t make notebooks, they don’t have a phone, they haven’t taken on the PSP and Nintendo DS. They have the restraint to only try to compete in some sectors.

3) They are taking on Apple – I don’t know if the Zune is going to be any good, but I love the coming Zune warfare. Despite the feeble attempts at competition, Apple is essentially unchecked in the PMP market. Microsoft, with their resources and the emotion they inspire in people (good or bad), is one of the few companies that could stand a chance of competing with Apple, and it is to their credit that they have decided to.

4) The Zune has wireless – It’s early in the wireless for PMP game, and the Zune has limitations with its wireless that need to be fixed in later versions, but at least it has it. The Zune will have features in the first generation that Apple doesn’t have yet in five generations and several mini-generations. The ability to subscribe to unlimited songs for a monthly fee is a pretty cool trick you can’t get on iTunes, either.

5) Windows Mobile – As frustrated as I get by XP on my computer, and as useless as IE is, Windows Mobile is actually alright. I suspect it is because it is a simpler program, so there are fewer things to screw up, but the OS works fairly well and it has allowed the smartphone segment to grow and expand fairly quickly. It’s not perfect and it probably isn’t the best choice, but you know that they are going to dominate the market, so at least it isn’t terrible.

Those are all good reasons in my eyes, and every so often they pop up and make me glad that I live in a world where Microsoft is so ever-present. But then there are other days. Days when I resent everything about them. Days when my Outlook won’t check my e-mail, my Word is going too slow, my Windows has crashed twice and Hotmail won’t let me in. On those days I focus all of my rage and fury on Microsoft, convinced that they were put upon this earth by the devil to make me miserable. Here, from a gadget perspective, are five of the reasons, on those days, and some less rage-filled days, that I hate Microsoft:

1) They don’t have to have good ideas – When a company has as much money as Microsoft does, and when they are so intertwined in every aspect of our lives like Microsoft is, they don’t necessarily have to have a good idea or a good product to be successful. Money and force can overcome innovation and brilliant design.

2) Design? What’s design? – I am personally thrilled that someone with a chance to rock Apple’s boat a bit is getting into the PMP market, but I was more than a little disappointed when I saw the Zune for the first time. It looks a whole lot like an iPod. Sure, it’s a little thicker, the buttons can’t scroll and the screen is bigger, but those are all cosmetic points. I was hoping for something that not only competed with the iPod, but also rethought the segment. I wanted to be surprised and excited when I saw it. I wanted to be dying to touch one. Clearly I had the wrong company.

3) What kind of name is Zune? – I know how hard it is to name things, but Zune just doesn’t work. It sounds very much like it is the result of a long and very expensive series of focus groups designed to make sure that the new name was ‘cool’ and ‘hip’ and ‘what kids these days like’. There is not an ounce of soul or character in the name. Not that iPod is any better, of course.

4) Viruses – Every time I sync any device with my Windows-based PC I have to live in fear of whatever nasty virus I have unknowingly picked up that is going to wreak havoc on my computer and ruin my life. Why couldn’t they have created a system that had at least some ability to avoid exploitation and all those problems. I know that there are a lot of bad guys out there that put a lot of effort into creating viruses, and I know that it would be hard to stop them all, but the ability to stop one once in a while would be kind of novel.

5) I need them so much – I resent that my life is controlled so much by one company. I write for a living, so Microsoft is behind so much of what I do. They help me e-mail my clients, they help me write my stories, they help me make graphs and charts, they make my computer run, they make my computer stop running. The only thing that I do all the time that they don’t do is browse (I’m not a complete idiot). There are alternatives for every program of theirs I use, and a lot are probably even better, but Microsoft makes it so easy. They are like junkies on a playground, getting kids hooked and then keeping them too high to help themselves. I hate junkies.