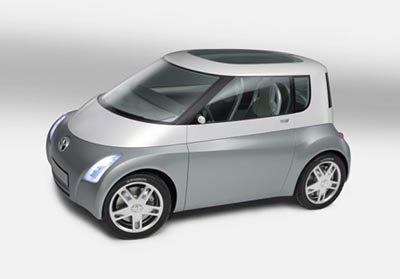 Some of you may think that the Yaris hatchback is compact enough, but apparently Toyota thinks their city car offering can go even smaller. Welcome the Endo concept car, a supermini vehicle that is designed to fit right in the same market as the Smart ForTwo. The key difference, however, is that the Endo seats four (I’d imagine it to be a little cramped in there, but what do I know).

The rear opens up vertically, the two-tone bodywork is reasonably attractive, and — as you’d guess — its fuel consumption is fantastic. The Endo is being planned for the narrow urban roads of Europe and Asia with an expected launch next year. North Americans are seemingly out of luck though.