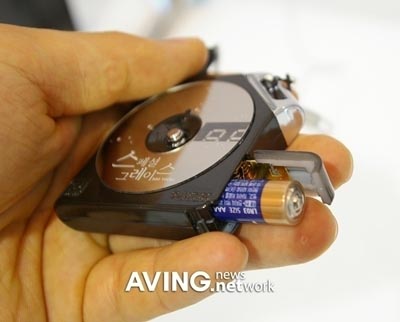 I knew that MP3 players were getting cheaper and cheaper these days, and it is incredibly easy to find full albums on the internet for your downloading pleasure (let’s keep it legal folks), but this is taking it to a whole new level. Axxen Korea has developed “Playdisc”, a “new music album” that doubles as an MP3 player. It’s like going to the store to buy a CD, only to have the disc double as a player as well.

In this way, you can keep a physical library of your tunes, and shelve them away the old-fashioned way. When you want to listen to a particular album, you just stick in a pair of headphones and a single AAA battery. As it is meant to only store a single album, the Playdisc only has 128MB of memory.