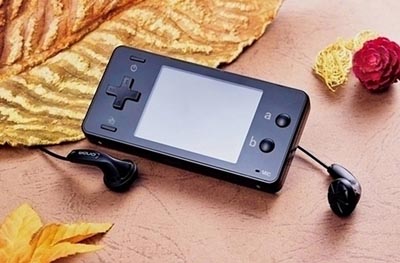 Most companies seem to be borrowing their styling cues from Apple, but Onda has taken a different route. Their latest personal media player — the VX737 — bears a striking resemblance to an ill-fated handheld from Nintendo. There are a few subtle differences, however: the Onda has a larger (2.5-inch QVGA) screen compared to the Game Boy Micro (2-inch), despite being slightly thinner (11.5mm vs. 17.2mm). They both have very similar footprints (100mm x 50mm) though.

Oh, right, and the Onda is a PMP and not a game player. As such, it packs “Philips UDA1380TT audio decoder chips which ensure CD sound quality”, but it’s a shame that the battery only lasts for five hours of MP3, WMA, and WAV playing. Naturally it does stills and vids too, in addition to flash animations, FM radio, e-books, LRC lyrics, and SRT subtitles.