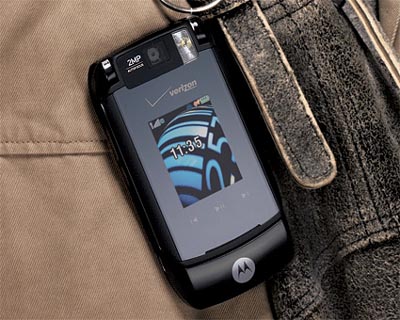 This phone was unveiled by Motorola way back in July, but it was only a GSM variant that was announced. The image to the right has unexpectedly popped up on the big M’s official site for press multimedia and if it is to be believed, that would mean that a CDMA version of the MOTORAZR MAXX is very much real and very much heading to Verizon Wireless. I know that it reeks of PhotoShop, but so do a lot of the “official” concept snapshots and renderings we come across.

The 2 megapixel camera features quite prominently, as do the external music controls, but we don’t know much more beyond that. The gray fascia is a little odd, though. Chances are Verizon will be back to its crippling ways with this, when and if it ever launches