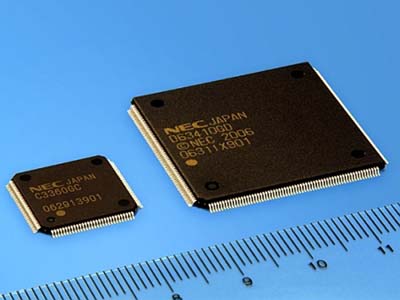 Call it hedging your bets if you want to. NEC has produced a dual-format hi-def DVD chip, capable of powering both Blu-ray and HD DVD.

The much-ballyhooed “war” might turn into a peaceful co-existence if more manufacturers follow NEC’s lead. Ricoh, for example, is working on a hybrid player. Until now, both formats had been the subjects of an intense war of words and monetary muscle, as the major electronics manufacturers and film studios lined up on either side of the growing divide.

NEC says its chips will be priced comparably to the one-format chips, meaning that they won’t get priced out of the market because of their expanded functionality. NEC also says it can ship chips in the hundreds of thousands by next April, about the same time that the Ricoh player will become available. That’s several months away still, and other players might jump on the hybrid bandwagon.