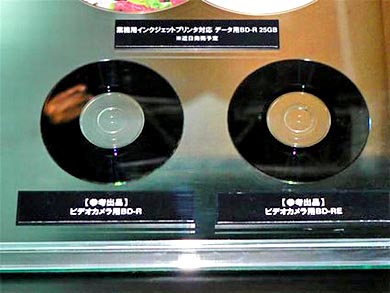 Well, this only makes sense. We saw regular CD-Rs, and then the mini variety came along. The same phenomenon happened to recordable DVDs, so why not the next-gen optical disc format as well. TDK is paving the way at CEATEC 2006 in Japan, unveiling a mini Blu-ray disc (8cm in diameter) that stores 16.5 gigabytes of data on a single layer.

A dual layer variation — with 33GB, naturally — is also said to be in the works, but probably won’t be hitting the market anytime soon. Both mini BD-Rs would be perfect for “hybrid camcorders, next-generation portable media players, and music/video media.”