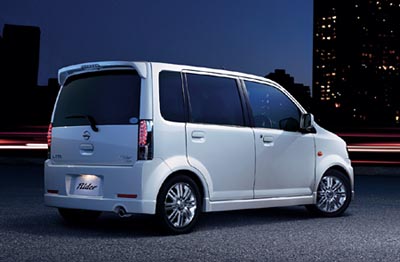 We already know about GM’s re-badging tendencies, but at least they change a little bit of styling here or an option there. With the new Otti people-mover, however, Nissan really didn’t do much to the Mitsubishi eK Wagon other than replace its badge. Nearly everything is the same for this second-gen kei car, including the power sliding passenger door, engine choices, and SU-LEV rating for the non-turbo. If you want to be just a touch different, you’ll have to opt for the “Rider” package from in-house tuner Autech, providing some aftermarket grilles and wheels. This is going to be Japan only, but based on the relative success of the Scion xB, I think a modified version may suit the North American market.