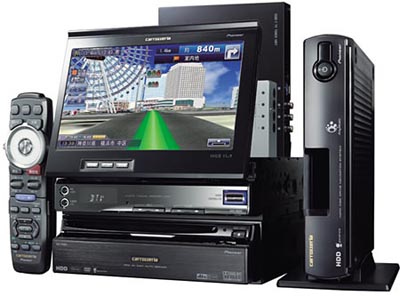 Pioneer has released new in-car entertainment systems which may make you never want to leave your vehicle. There are five new models in total, and each include a 7-inch TFT LCD screen to show off your content and a 30GB HDD to store it. All of the models also come with a GPS navigation system to keep you heading in the right direction. Some features that differentiate the offerings are things like MD decks or terrestrial TV tuners. An iPod adapter for the system will follow at a later time. The systems will be launched in Japan by the end of the month.