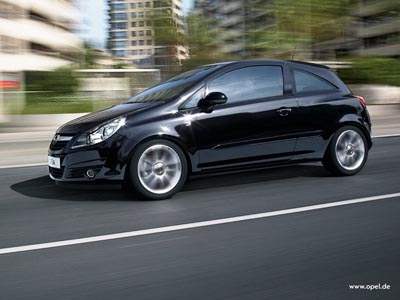 With gas prices continually on the rise, everyone is out looking for the most fuel efficient econobox possible, eschewing gas-guzzling sport utes and the like. Not satisfied with the Chevy Aveo? What if I told you that GM could be bringing the Opel Corsa to the United States, probably re-badged as a Saturn? Well, according to Bob Lutz, Chairman of GM North America, that could very well happen, but don’t expect to see a Corsa rolling down a New York street any time soon. The expected time frame is that of at least five years from now. Oh well, I guess I’ll buy a Yaris.