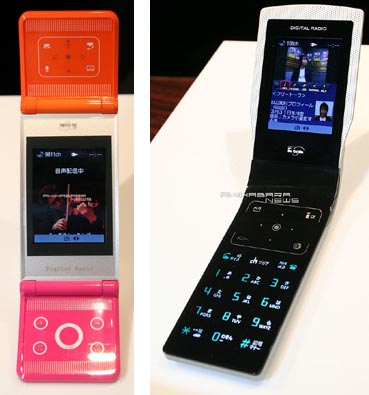 They’re still prototypes at this point, so don’t expect an official roll-out anytime soon, but these two handsets from NTT DoCoMo are pretty darn hot, considering that they support digital radio in glorious 5.1 surround sound. After all, cell phones aren’t just communication devices anymore; they are just as important for their picture-taking, music-jamming, and video-playing capabilities. The first prototype appears to have a double fold-out design with some rather colorful accents, whereas the other takes on a RAZR-esque slim profile paired with a silky smooth keypad. Both phones are on display at the CEATAC Japan trade show.