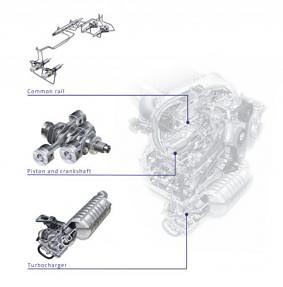 Volkswagen first used the horizontally-opposed engine, and Subaru embraced the design and has used it for more than 30 years. The engines, which have low vibration because the effect of the pistons cancel each other out, have never been adapted for diesel though, because of a mess of technical challenges. Until now. Subaru made the surprise announcement at the Paris Auto Show that they are developing the SubaruBoxer Turbo Diesel, and that it is almost ready for primetime. It could be unveiled as soon as next month at the Geneva Auto Show.