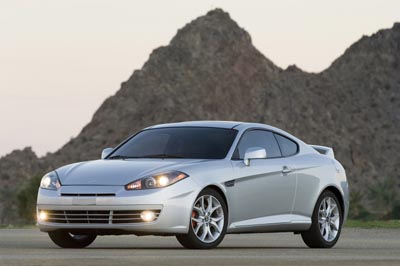 Korea has come a long way. We now lust after their cell phones and PMP players, and their automobiles are starting to compete quite well with their Japanese counterparts. Hyundai’s flagship coupe — the Tiburon — was due for an update, and now the 2007/2008 revision has been unveiled, complete with some spiffy looking tail lights.

Revealed at the Paris Motor Show, the all-new Tib will be heading to our shores shortly, though this is not the complete overhaul that some people were hoping for. Instead, it is simply a “minor facelift” of the existing model, and as such, you probably won’t find very many mechanical changes (if any). Check out the link below for a gallery of pictures.