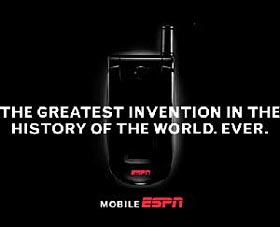 Well, you can’t blame them for trying. After putting in a decent effort to break into the MVNO game, the folks at Mobile ESPN have finally called it quits. Their saga has been quite an epic, starting with a single handset (priced at an outrageous $400), later dropping the price to more affordable levels, and then releasing a RAZR-like successor, only to succumb to the inevitable failure that we are reporting today. It’s not like there aren’t enough sport junkies out there, so what exactly went wrong?

In any case, current subscribers can stay on until the end of the year, but if you want to jump ship, you can do so at any time without penalty.