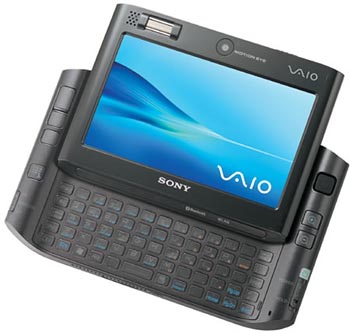 Okay, so the whole UMPC thing didn’t really catch on as well as developers had predicted, but there are still high hopes for the ultramobile format. Sony is giving their Vaio Type U ultramobile (complete with slide-out QWERTY keyboard) a second push, doubling up its on-board flash drive to 32 gigabytes and doing the same with the RAM under the hood, giving us a full gig instead of the yawn-worthy 512MB we were offered a couple of months back. Other than these memory upgrades, all the other specs stay much the same. Double the memory for (maybe) the same price… The U does stands for “Ultimate”, you know.