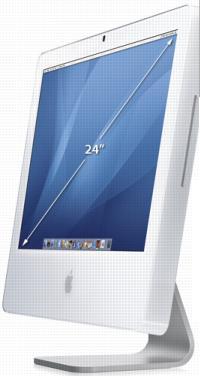 The next generation 802.11n wireless standard isn’t supposed to be out in products for a while yet, but rumors are flying that Apple may already be using the draft 802.11n standard in the new iMacs.

The reports are that when the new machines are booted with a pre-release version of Windows Vista the wireless card is identified as “Broadcom 802.11n Network Adapter”. OS X still identifies the card as the Airport Extreme card, so its unclear what is going on, and no one seems willing to open up their machine to figure it out.