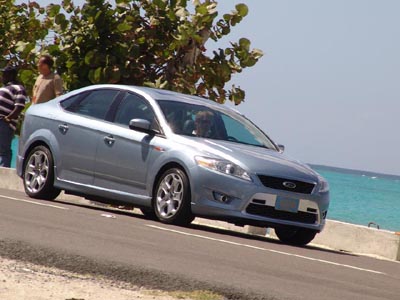 As we get closer to the Paris Motor Show (which kicks off September 30th), more and more details are starting to surface about a number of cars. Ford plans on being there in full force, and by all indications, they may have the Mondeo sedan in tow. That’s right, we won’t just have the Mondeo wagon that we heard about last week.

I thought that cell phones went from concept to production ready at a breakneck speed, but it seems that the automotive world is having no trouble keeping pace. When they unveiled the Mondeo wagon, it was only speculation that Ford should make a sedan variant, and already we’re seeing the Mondeo sedan amidst a photo shoot. For this reason, it’s very possible that we are seeing a production model and not just a concept.

Check out the full gallery at Left Lane News.