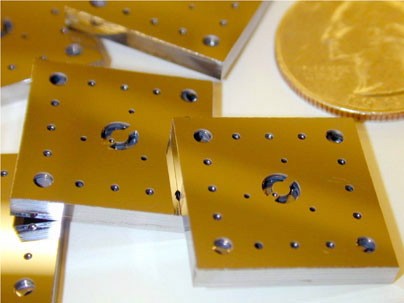 Those crazy-smart folks at MIT obviously don’t like batteries, their newest invention will rid of them. They have come up with a tiny gas-turbine engine about the size of a quarter that could replace batteries in your devices.

The components made of silicon and turbine blades would spin at 20,000 revolutions per second, producing 10 watts of power. Don’t get too excited yet, though – the whiz kids haven’t managed to come up with a working model yet. The project is funded by the Army, though, so they won’t run out of money before they figure it out.