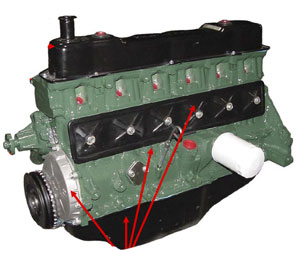 All hydrogen engines are not alike. Some run on ammonia.

Scientists at the Hydrogen Engine Center (HEC) have designed an ammonia-powered engine that can run 24 hours a day and meet California’s strict emissions standards. In addition, ammonia is safe to store, is prevalent, and actually has more hydrogen per cubic foot than liquid hydrogen does.

To HEC, ammonia is “the other hydrogen,” a cheaper and easier-to-use alternative to that H element. which has to be in liquid form in order to use as fuel. Ammonia does have its drawbacks, such as being extremely corrosive. HEC thinks that the positives outweigh the negatives.