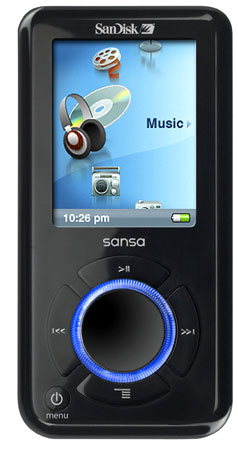 The iPod is so dominant in part because the devices play so well with iTunes. Other makers are trying to recreate that success.

SanDisk has teamed up with RealNetworks to create a new portable device for use with the RealNetworks Rhapsody online music service. The partnership is an attempt to survive not just against Apple, but against the impending threat of the Zune and Microsoft’s new online offerings. The new player will be called the Sansa Rhapsody and will be based on the SanDisk e200. It will be available by the holiday season, but the cost isn’t known yet.