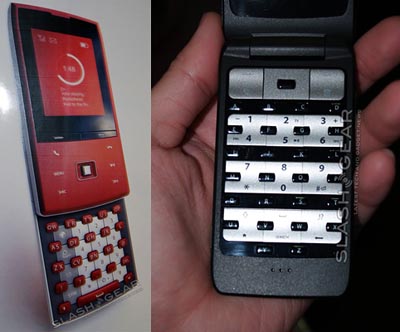 As we start using our cell phones for much more than just voice calls, mobile handset makers have to adjust their designs to suit our needs. Text messaging is huge among the younger set, and mobile email is invaluable to the business user on the go. In both cases, you want to be able to input text quickly and efficiently.

The first generation of Fastap phones didn’t go over as well as they had hoped, especially considering that it wasn’t all that fast. They’re trying again, unveiling two new designs for us to consider.

One design borrows much of its interface from the SureType solution from Research in Motion, makers of the ubiquitous BlackBerry. The keys are laid out in a QWERTY fashion, but with two letters assigned to each button.

The other design assigns a single letter to a single button, but instead of opting for QWERTY, the keys are laid out in alphabetical order.

Like the old school SureType before them, the numerical keys are separate from the letters: the buttons for the alphabet protrude above the digits. Personally, I say there’s no replacement for full QWERTY.