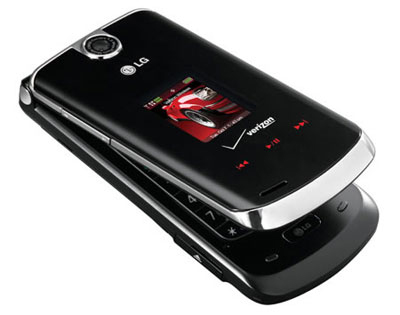 Chocolate has a new look.

LG has released a clamshell version of its instantly famous Chocolate phone. This would be the LG VX-8600, and it’s main claim to fame—other than its hipness factor—is that it’s a stereo Bluetooth EV-DO phone that was designed with music in mind.

Like its sliding predecessor, the LG VX-8600 is sleek and slim, with external touch-sensitive buttons. That music-heavy focus is supported by a microSD memory card slot, which lets you swap out or upgrade or do all kinds of other things with your music.

OK, so that’s all we know for now. Pricing and availability will be provided later.