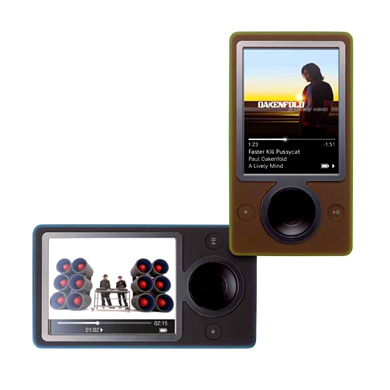 The editors at Gizmodo took a little creative licence and came up with five reasons why the Zune will be successful. They’re even saying that Microsoft is being too conservative with their estimate that it’ll take five years before the Zune can be considered a success. Who knows what will really happen, but here is a breakdown of the facts;

1. The large 3-inch screen is 50% larger than the 5G iPod (C’mon Apple, where’s this magical touchscreen “true” iPod Video we’ve been asking for? You know, the one with the virtual click wheel?). This bigger display makes it a better contender for movie watching.

2. A community is created, allowing you to share your music via the WiFi and DJ features. We all know how big building a community can be. Look at what happened to Xbox Live and MySpace.

3. The financial backing of the largest software maker goes a long way. If it flops initially, don’t doubt that Billy Gates won’t shove more money behind it.

4. All those “anything but an iPod” people will quickly turn and consider the Zune as a lesser of two evils. You hate Apple and Steve Jobs, then turn to the dark other side with Microsoft and Bill Gates.

5. Looking to the future, the “true” Zune will be even better than the Toshiba-based one coming out this Christmas, considering that gen-two is being developed completely in-house.

Catch the video below of the Zune UI in action, I’m not sure if its the video or the Zune, but I see a bit of freeze action on the UI.