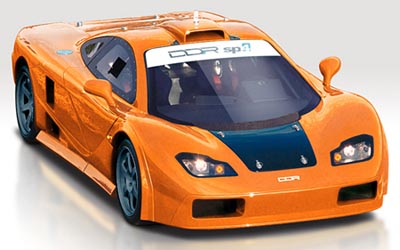 In love with exotic supercars, but you’re not exactly rolling in an exotic supercar kind of money? It doesn’t get much more incredible than the McLaren F1, and you can now grab one for only $24,000. Okay, I lied… you can get a kit car inspired by the McLaren for that price, and it’ll be the people at DDR Motorsport who’ll hook you up.

By picking up the kit car, you won’t need to drop the nearly $2 million it takes to get a real McLaren F1. Underneath all that flash and exoticism is a 1990-96 Toyota MR2 (Ironically, my friend picked up a JDM version just last week. Maybe I should tell him about this); they just had to build a “unique chassis” around the “MR2 mechanicals.”

The net effect is a car (they’re calling it the DDR SP4) that will certainly turn a few heads and — while not being quite as fast as a true McLaren — is pretty quick in its own right, with an expected 200-260hp being put out by the turbocharged four-cylinder engine. The handling should be great, putting it on par with the Lotus Europa S. Want more juice? Just wait a bit, as the folks at DDR are working on the SP8, a Corvette V8-powered beast.